Join GreenPal as a Vendor
Get Started
More about GreenPal 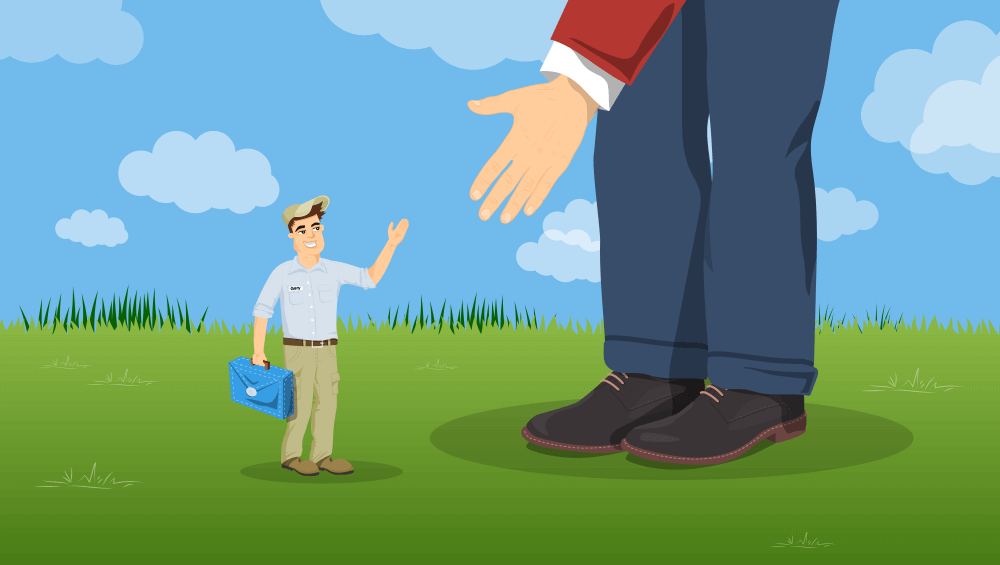 Laying the foundations for a true big lawn business

The way to get started is to quit talking and begin doing.

Patience, persistence and perspiration make an unbeatable combination for success.

The best way to predict the future is to create it.

So grasshopper… you have returned!

It means, I hope, that you’ve read the beginner’s handbook Green Grass, Greener Wallet. My first blueprint that takes you from no business at all – probably an employee in a job you hated – to a successful self-employed lawn care business owner.

You’re probably working full time and maybe even beyond that durving the busy warm months, and now you’d like to learn how to expand your business. How to grow without working any harder – without killing yourself in other words.

That’s good, and believe me, there’s a lot more to learn. So much more, in fact, that not even this intermediate guide can teach it all to you.

Hi again, I’m Bryan Clayton and I’m about to peel back another layer of the lawn care business onion. I’m going to show you how to move to the next level and achieve even more than you probably ever thought possible.

In fact, with what I’m going to show you in this blueprint, you’re going to be able to make as much if not more than the majority of lawyers and Doctors out there. And it doesn’t matter if you have a college degree or never even graduated high school.

Well, if you’re here because you followed the first guide and have already created your own lawn care company and are making the kind of money the first guide talked about, then you should. There’s a lot of money in the grass, my friend – literally millions of dollars can be made.

I know, because I’ve done it. I’ve been where you’ve been and I am where you want to go.

What this blueprint is about

Before we go any further, I want to clear up a simple definition. That is, I want to explain to you what an actual “business” is.

Most people say that if they’re self-employed that they own their own business.In a basic sense, that’s true. On the other hand, there’s a generally accepted qualification that determines if you have an actual business or simply own a job.

If you own a business, then you can walk away from it for an extended period of time and it’ll still run and still make you money.

And that’s what this blueprint is about.

If you’ve followed the beginner’s blueprint and are really making $60K or even up to $100K a year working on your own in your own lawn care company, then you still own a job. You have to go to work or you don’t get paid, right?

So what you’re after now is how to bring on helpers and train guys who can independently run a crew so that you don’t have to cut every lawn yourself. The big end game is that you’d remove yourself completely from the day to day work and simply run your business.

Hell, the true end game is that you put management in place that runs it for you so that you can go to the islands for the summer and still have money appear in your bank accounts each week, am I right?

You’ll get there. Yet this book is sort of the intermediate phase – taking you from self-employed mower monkey to a guy with employees who’s setup to go to level 3.

Just as in the last guide, I want to hammer this point home:

Do what the blueprint tells you and you will get there.

I can’t make this any easier. I’ve worked long and hard to create these guides so that you have an exact blueprint for success and a roadmap that leads you away from and around the pitfalls you’d run into without it.

Think of it like this: the first book showed you how to buy a rowboat and row it all by yourself. You now know that if you row harder, you’ll go faster and so on.

The problem is that if you stop rowing, you slow down and stop. You could even fall out and then it’s all over 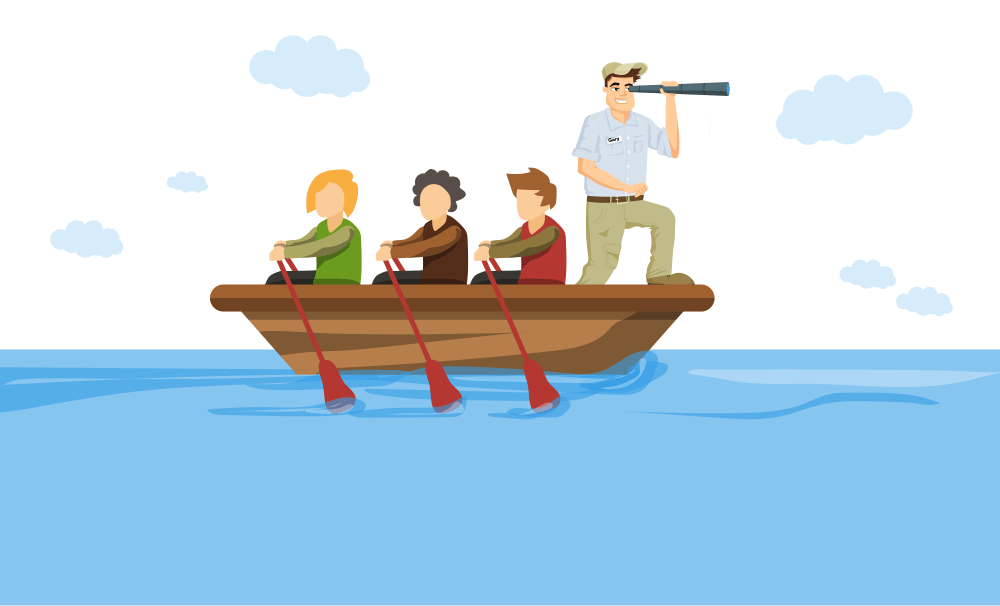 In this guide, I’m going to show you how to add some oarsmen to your rowboat.
A crew who does the work for you. Now you get to sit in the back, what in boating we call the stern sheets, and hold onto the tiller and guide the boat.

Yeah, you’ll still have to row – but not as often and not as hard as your oarsmen. And if one or two of them fall out, it’s not going to slow you down and certainly won’t stop your motion before you can replace them.

See what I mean?

How is this blueprint different from the first one?

So what’s different in this blueprint? What am I going to share that I haven’t already?

All good stuff that is so necessary to your success.

Yet it was all nuts and bolts, really. In this book, we’re going to focus more on systems rather than on components.

The difference being that with a system in place that maintains your personal level of quality, you can assign others to do the job you’ve been doing and know that they’ll do it the way you want them to because they’re following your system.

In the first blueprint, I taught you how to start, run and grow a lawn care company. Now I’m going to teach you how to teach your people to do it for you.

And that, young grasshopper, is the essence of level 2. It’s the next foundation of success. Once you learn what’s in this guide, you’re going to essentially know how to repeat it. Because the same stuff that works for hiring a handful of guys and creating a couple of crews works for hiring 100 guys for 30 crews.

A quick review and where
we’re going

In this blueprint, we’re going to continue with our fictitious company, Mean Green, LLC. Why not, since this guide is really to bring you and your business up to the next level, right?

Before we talk about where we’re going, let’s quickly go over where you may be right now, or in terms of Mean Green, where we last left our hero…

At the end of the first blueprint, we had Mean Green Landscaping, LLC earning a gross income of about $78,000 annually. After expenses and taxes, that left you with an annual take home of $60,000 or $5,000 per month.

We went through a lot of stuff to get to that point.

The most important was that I showed you how to figure out your standard unit of pricing, which is your man hour.

In our examples, Mean Green man hour cost was $52.

As we move forward with this guide, we’re going to use that same figure to continue our model and show you how to increase your income by adding more man power all while at the very least maintaining your work flow.

Now I also introduced the idea that you could increase your income to about $100,000 per year simply by adding more hours of work. That might sound like a lot, but if you recall, we got to $78,000 by multiplying $52 by 1,500 hours of work for the year. We got that figure by figuring a slower cold season and a busier than average warm season, remember?

So what are our goals in this blueprint? Where do I want you to be by the end of this guide?

Before we talk numbers, let’s list the overall goals I want you to hit by the end of your second year. We’ll assume that you’re starting to follow the advice in this book as of January 2– gotta take time off for New Year’s – and going through the entire year.

Does that actually matter? No – you could be starting this in June. It doesn’t matter, I’m 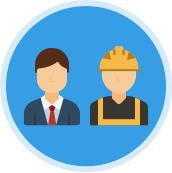 You have 2 full crews running consisting of 2 guys each, a crew chief and helper. 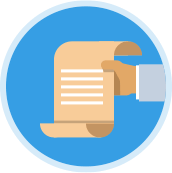 You’ve created a set of systems, or rules, that you and your people follow that dictates how everything in the business is done. 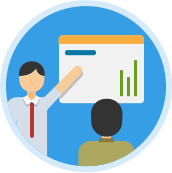 You’re beginning the process of training a new person on your personal crew. 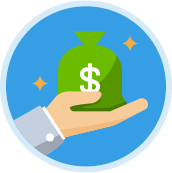 You’ll probably be grossing something in the area of $300,000 annually.

Now don’t get hung up yet on those dollars – as we work through the continuation of the Mean Green model, we’ll figure those out as we go.

What’s truly important in this book, and what this book is really about, are the systems. The guidelines that you set up to run your business. Because, grasshopper, when you have good systems in place and you have good people following them… you just cant’t lose.

So in a nutshell, by the end of this next virtual year, you should be, at a minimum, running two crews and perhaps starting a third with you as the chief. You’ll be doing some mowing even then, but you’ll find that as the year progresses, you’ll be moving further from full time lawn care.

You’ve got to run your business, after all. Thankfully, with today’s technology, your truck can be a mobile office so you can really multi-task and get a lot done without having to put in 70 or 80 hour weeks.

But what I want to see happen for you is that by the end of this second year, your two independent crews should be generating enough revenue that you could literally not cut a single lawn and still make your $60,000 to even $100,000 take home

At this stage, though, that’s not exactly our goal. That’s more of a level 3 goal – but by doing the work set out in this blueprint, you’ll be poised to grow as big as you want.

For now, though, let’s keep the phrase “mow as you grow” in mind and let’s look a little deeper at where you’re headed…

TO CHAPTER 1 LIFT OFF