Hire My Lawn Service
×
Homeowners Guide: Planning a Successful Landscape Design How To Get a Professional Certified Pesticide Applicator. When should I fertilize my lawn?? What is Wrong With My Mower
How to Harvest Rain Water: 5 Pro Tips The 6 Best Shade Plants For Your Lawn Should your lawn care company haul off the lawn clippings? Best Sprinkler For the Lawn
Lawn care pros area Lawn care illustrations 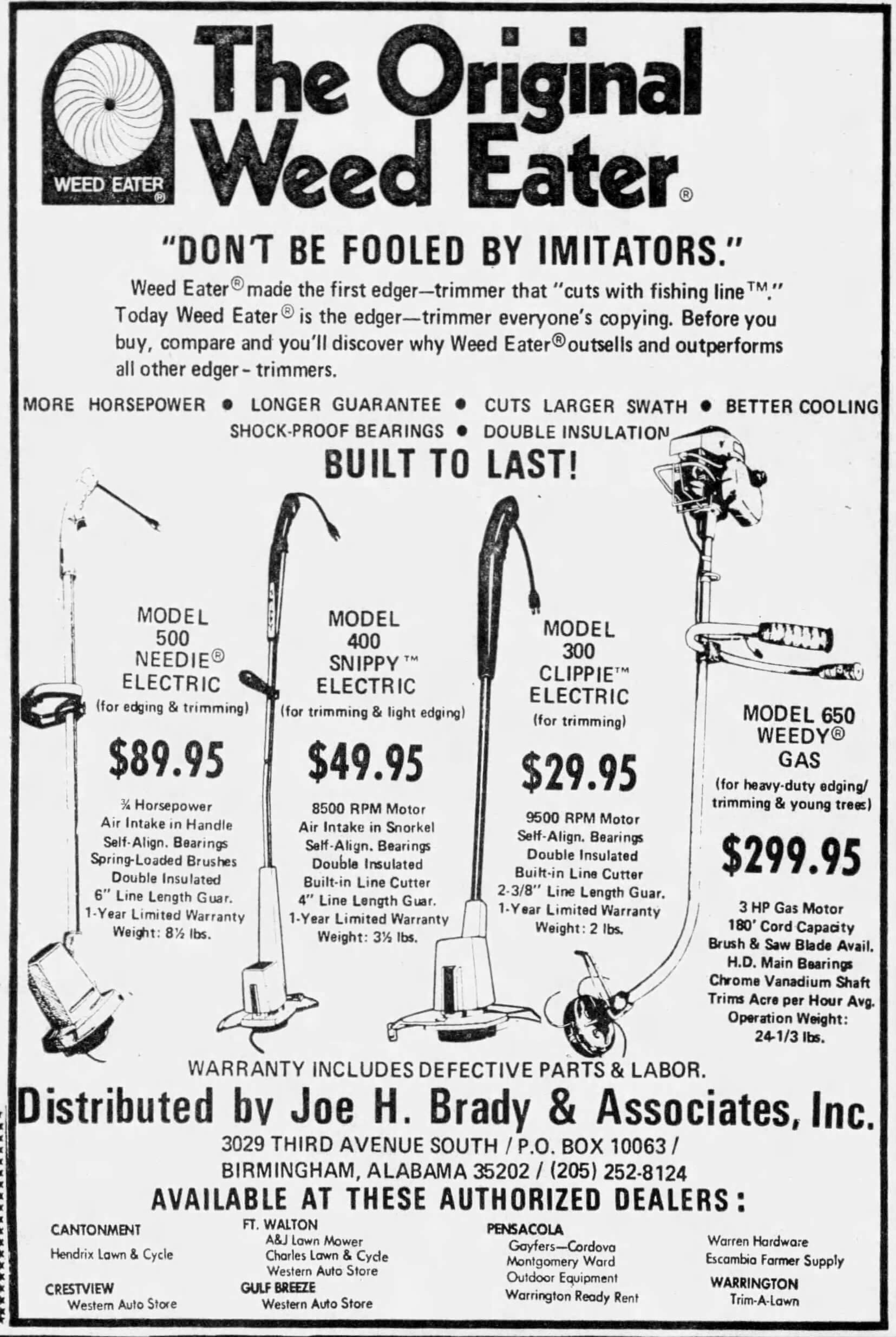 The First Gas Powered Weed Eater (An Advertisement from 1977)

What was the first gas-powered Weed Eater?

The first mass-produced gas-powered Weed Eater was the Model 650 Weedy Gas. It was produced by the original Weed Eater brand.

What were the specifications of the first gas-powered Weed Eater?

The first gas Weed Eater weighed a whopping 24 and a third pounds, had a 3 horsepower engine, and held 180 feet of cord. It was claimed that it could trim an acre in one hour on average. Get this, they already had brush and saw blade attachments available according to this ad.

How much was the first gas weed eater?

The first gas-powered Weed Eater was $299.95 which was nearly as much as the average riding lawn mower of the time. And is comparable to cheap commercial models today.

Who invented the Weed Eater?

The Weed Eater was invented by George Ballas in the early 1970’s. The invention was a result of one of his employees getting bit by a snake while he was trimming the lawn. Back then you had to use sheers to trim along the edges of your lawn. It was also marketed without a guard as a lawn care edger.

At the end of the day, the Weed Eater was a timeless invention that homeowners and lawn care pros alike depend on to keep our yards looking sharp. Over the years a lot has gone into making the best weed eater. But it started many years ago. If you want to learn more about keeping your lawn sharp check out these landscaping tips.