OK so you put all of your hard work into making your lawn look like a golf course and then you wake up one day and see gopher or mole tunnels running through the yard. 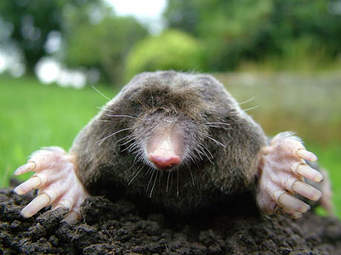 Some of these may surprise you

As it turns out, moles and gophers are sensitive to noises, especially loud noises.

So adding some natural noisemakers such as wind chimes in your yard is a good natural way to annoy these critters enough to leave your lawn. What’s more you can take this method a step further and introduce a radio into your yard.. But more on that later.

Next.. I bet you didn’t know that you could repurpose your dog's pet waste to fight the battle against moles and voles.

Most people don’t know this... But these critters are deterred by pet waste just as much as humans are, so placing your dog's waste near the entry and exit points of the mole's tunnels is a good way to naturally encourage these varmints to infest your neighbors yard and not yours.

Moreover, yet another natural way to fight moles is to strategically install plants throughout the yard that the moles naturally dislike.

Not only could this be an aesthetic way to win the battle but the good news these plants such as Castor bean, Crown imperial, and Narcissus are examples of mole-repelling plants. and are known for being effective for deterring moles and gophers out of your yard.

That said.. you could take an old radio you have sitting in the garage and place it in a Ziploc bag and then turn up the noise near the entry and exit points of the mole's tunnels.

This is a natural way to scare these critters off of your property. I would recommend playing Creed or Nickelback LOL.

Just make sure you don’t turn it up too loud or else your neighbors will be upset too and then you got another problem on your hands.

Our fifth recommendation could be the most dangerous, however if you do not have children or pets it could the most effective way of dealing with moles.

You may not know this... but the way to use pesticides to fight moles is to exterminate their food source...

Think about it.. When the grubs and other immature stages of lawn pest insects are in high numbers, moles will be attracted to your lawn.

There are three methods to use in ridding your lawn of moles:

To rid your property of the different pests these burrowing animals love to eat, treat the area with Talstar or Permethrin insecticides.

If your mole continues to tunnel (after its food source has been eliminated), spray Whole Control Repellent on the areas where the mole is active. Moles do not like this product. The smell and feel of the active ingredient will force the mole to move on. Whole Control repels moles, voles, burrowing animals with all natural ingredients.

The sixth way to deter moles from your property is the create a fishy scent they do do not like.

This is crazy.. if the thought of invasive and potentially dangerous pesticides in your yard does not seem like a good idea... Well the good news is that another non-invasive option if you have any left over fish from dinner then try placing it near the entry or exit points of the mole tunnels and the natural scent will persuade them to vacate your property.

I bet you didn’t know coffee grounds were a natural way to fight the battle against moles.

Put another way ... you can recycle those used coffee grounds by scattering them over the tunnels themselves.  The best part...  the scent is annoying to these varmints just as much as their tunnels in your yard annoy you. This method in conjunction with methods 6 , 3 , and 2 would be a good natural combo attack on these yard destroying varmints.

Lastly.. one of the more invasive but effective methods to kill or ward off moles and gophers is to leverage the carbon monoxide exhaust from your vehicle.

Here is a helpful video on how to pull this off

In conclusion these are eight natural or borderline un-natural alternatives to fight the battle and ultimately win your war against moles and gophers in your yard so they no longer destroy all of your hard work on creating the perfect looking golf course quality yard.

Shout out to Repellex for this handy infographic 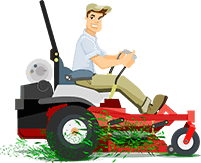 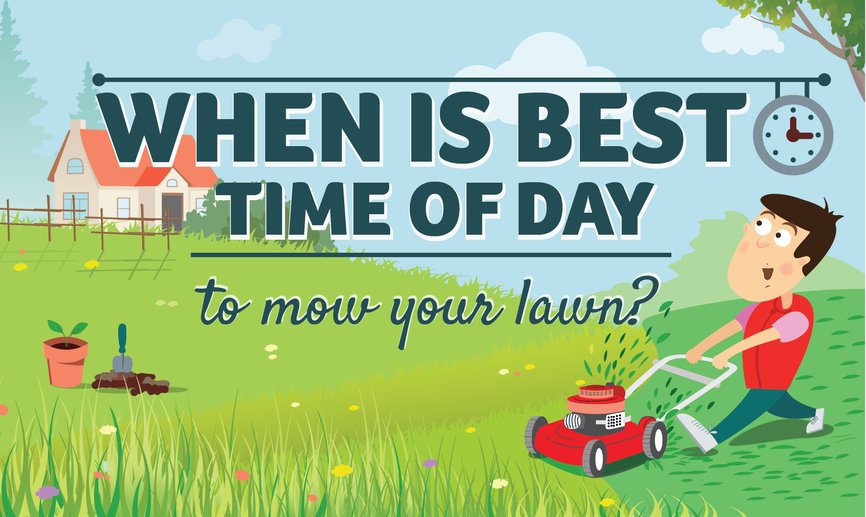 When is the best time of day to mow my lawn? Morning? Afternoon? Does it matter?