What’s the best way to get rid of poison ivy? (With or Without Herbicides)

What’s the best way to get rid of poison ivy? (With or Without Herbicides)

What is the best way to get rid of poison ivy?

So, how do you remove poison ivy carefully?

Well, let's break it down and look at some landscaping tips to get rid of poison ivy…

Without spending a week with itchy wounds!

Both with herbicides and without.

Look, once you have identified poison ivy, one of the easiest ways to get rid of it is herbicides. While I typically avoid pesticides, I am more willing to make an exception when it comes to poison ivy. While pulling a few little poison ivy plants here and there is not that bad, but when poison ivy has really taken over, herbicides are a go-to.

Regardless of which herbicide you use. Fully developed poison ivy vines that go into the canopy of trees are best removed using the cut stump method—more on that in the "Removal by Hand" section below.

So what pesticides work best for poison ivy?

Crossbow is one of the most popular pesticides used to remove poison ivy. It is also used for controlling most species of brush and even trees.

More importantly, Crossbow is great at killing poison ivy too!

It is sold by several brands, including Southern Ag and Helena. 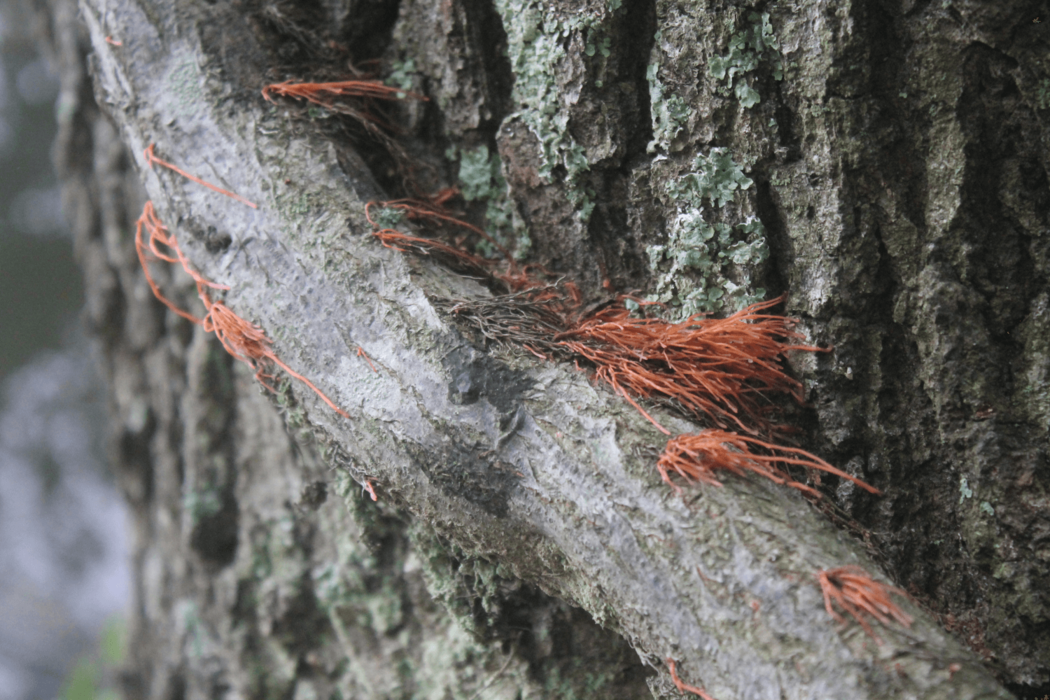 The active ingredient in Roundup, glyphosate, is most effective at killing poison ivy In the flower and fruiting stages and when applied on warm sunny days. But it is not the best option.

One of the active ingredients in Crossbow, 2, 4-D is only somewhat effective at killing poison ivy. Most of Crossbow's poison ivy killing power comes from Triclopyr.

Therefore, products that only have 2, 4-D as an active ingredient are not recommended for poison ivy.

Triclopyr is excellent at killing woody vines such as poison ivy. But it SHOULD NOT be sprayed on the mature bark of trees as it can cause severe injury. Triclopyr works best during the full-leaf growth stage.

Several effective brands besides Crossbow are: 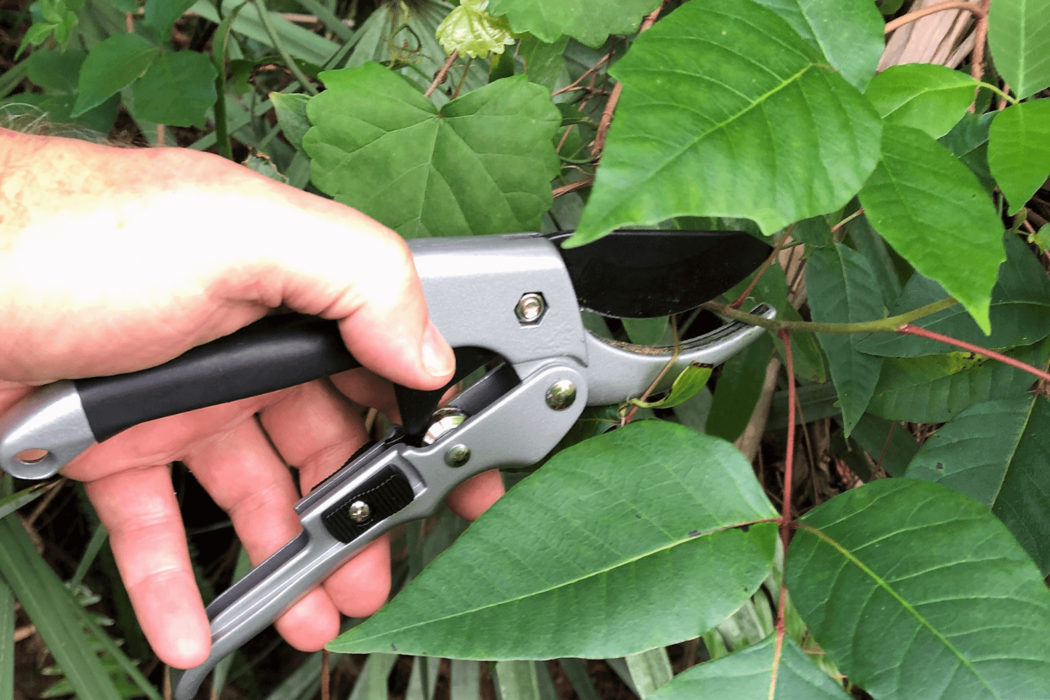 Removing poison ivy by hand is not out of the question, but you will want to be sure you dress carefully.

In my experience, removing ground poison ivy by hand isn't that risky. In fact, I have poison ivy that springs up in my vegetable garden from time to time. I simply remove it by hand and rinse afterward with rubbing alcohol.

If, for example, on the other hand, you have an area with a major poison ivy vine that has grown up the side of a tree, you will likely want to be much more careful and totally cover yourself from head to toe.

Remember! If you are sweating, DO NOT wipe your sweet away if you have touched poison ivy!

Perhaps the only method to kill fully grown woody poison ivy vines on trees. Simply take a saw and cut the vine, and remove a few feet from the line near the ground. The upper part of the vine will die on its own.

But the stump of the vine will need to be entirely removed or painted with herbicide to kill it fully.

To use the cut stump method, simply cut the vine as close to the ground as possible, and treat it with one of the aforementioned brush killers. 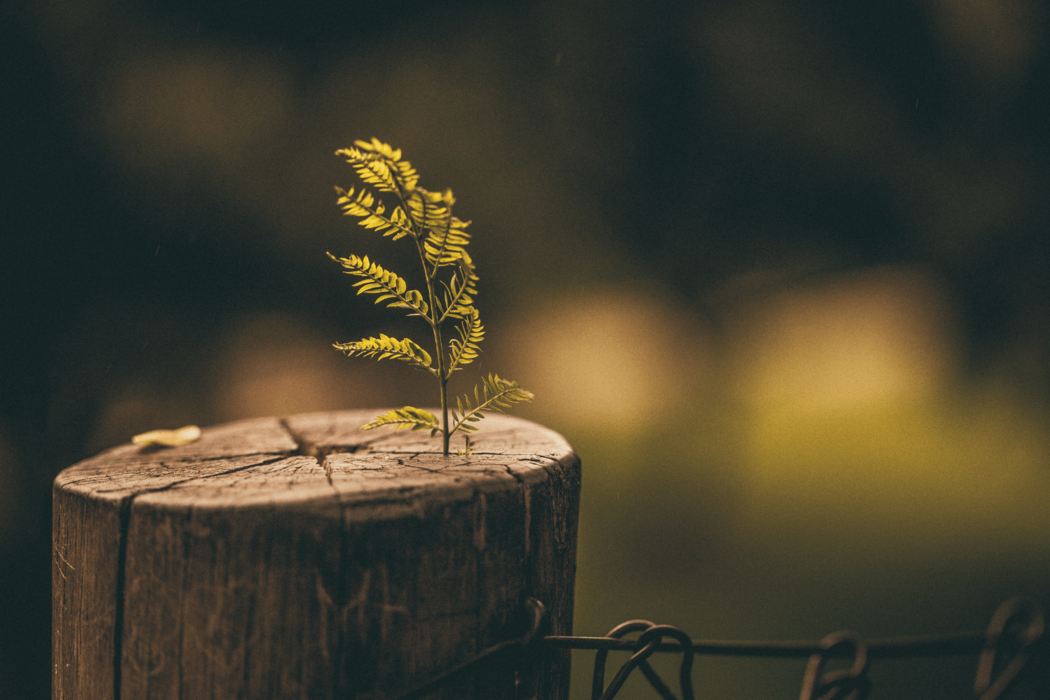 If you don't ever want it to come back, and you don't want to use pesticides, you need to get to the roots, which will take time.

Remember that poison ivy is a vine, so its roots can stretch for long distances underground. Fortunately, they don't run particularly deeps and are relatively easy to remove.

After removing whatever roots you can, you can apply a few inches of mulch to discourage its growth even further.

Winter is the best time of year to remove poison ivy by hand. As the oil that causes most people irritation is not as abundant.

Look, most people don't realize how dangerous pesticides can be for your long-term health.

For example, Roundup was thought to be safe for 50 years before it was shown that their product caused cancer, among many other issues.

While getting rid of Poison Ivy wear:

WARNING! You will also want to follow any other guidelines on the herbicide packaging.

And if you are planning on going hands-on, wear very thick gloves, and you will likely want to consider duct taping any seams by your hands and feet.

Learn more: What protection you should wear when using herbicides. 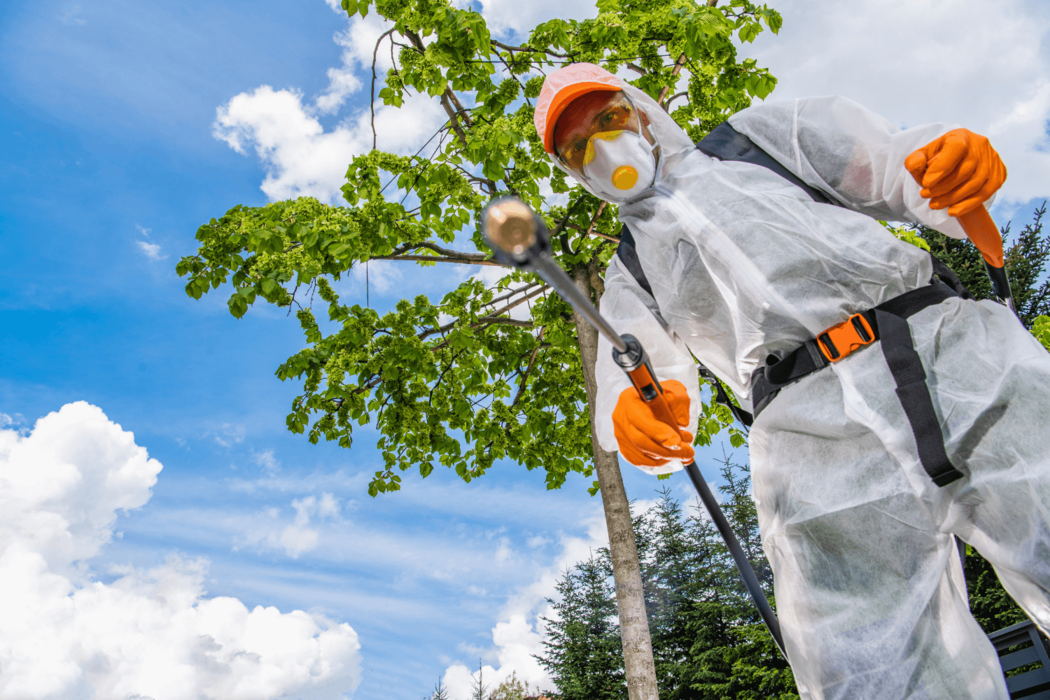 What to do if you are exposed to Poison Ivy

Don't worry if you happen to touch the poison ivy while removing it. As long as you act quickly, you can remove the oil before it irritates your skin.

Urushiol, the oil poison ivy produces, causes irritation to the skin called dermatitis, And just like the oil for your lawnmower, it can be tough to remove.

There are a few methods to remove the oil effectively, including:

In my experience, I once ran out of rubbing alcohol and had to use gasoline. While this is not ideal, it may be better than dealing with itchy skin if you are in a pinch. 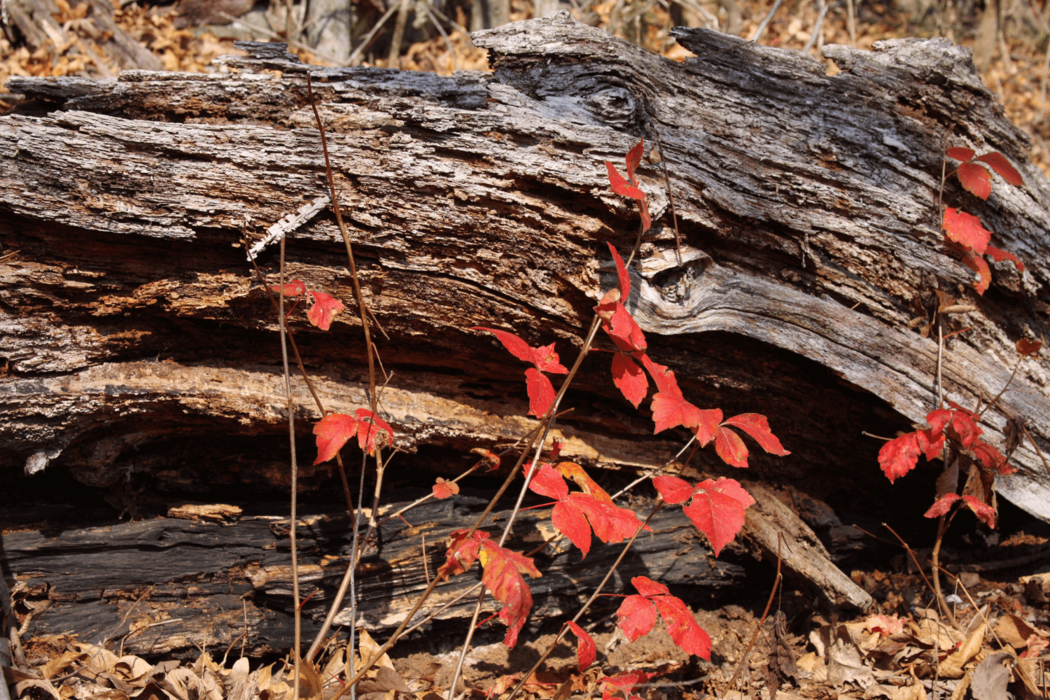 At the end of the day, the simplest way to remove poison ivy is using herbicides.

And as tempting as it may be, you DO NOT want to burn it. Burning poison ivy can cause the urushiol to become airborne, where it can get onto your skin or, worse, enter the lungs.

Alternatively, you could carefully remove poison ivy manually. But you will want to be fully covered and very careful.

In my opinion, it may be best to let the lawn care experts handle it if you are not willing to use herbicides yourself.