What is it called?! Weed Eater, String Trimmer, Weed Wacker or something else...

What is it called?! Weed Eater, String Trimmer, Weed Wacker or something else...

It’s no secret, there are a ridiculous amount of words used to identify the metal pole attached to a motor with a spinning plastic rope. That is used to cut weeds along the borders of a lawn.

In fact, I have heard so many words used to define it, that I am not sure what the answer is anymore.

So we did some research; is it weed eater, weed wacker, string trimmer or something else?

Well, if you are ready to find out, forget everything you thought you knew and let's dive in. 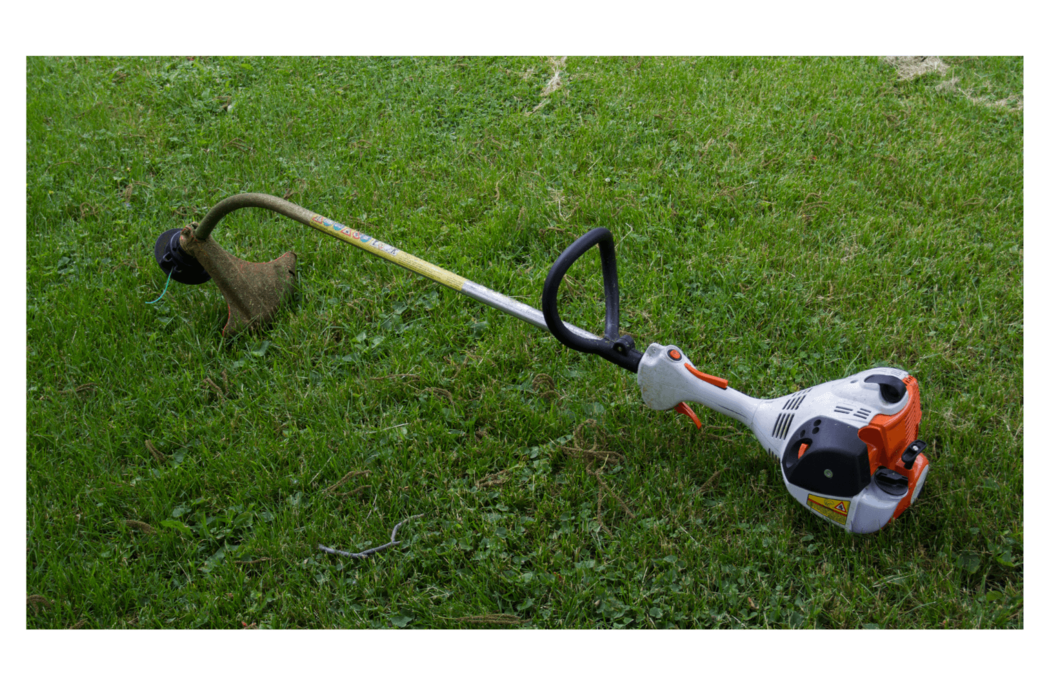 Here’s a Hint: We found that there is a disconnect between what the manufacturers call them, and what the customers do. And a lot of it has not only to do with the unique languages of people from different areas. It also has to do with trademarks and marketing.

Hold tight as there is a lot to go through! 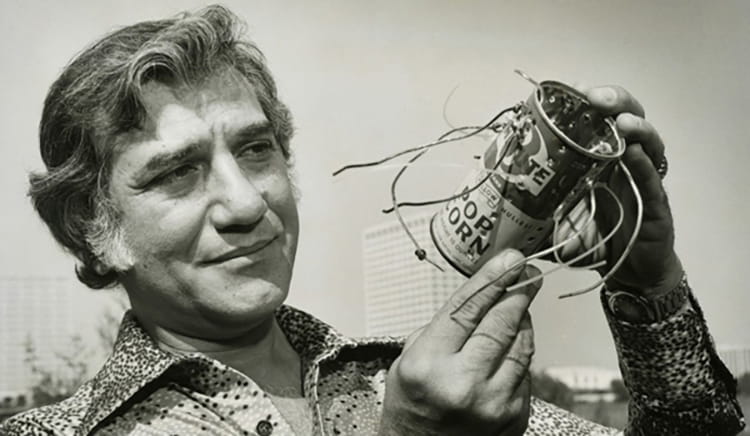 The History of the Weed Eater. Or is it String Trimmer?

The first spinning whippy rod for cutting grass along the edges of a property was called a weed eater. In fact, Weed Eater was the brand which the machine was marketed under.

The Weed Eater was invented by George Ballas in the 1970s. The machine was inspired when one of his employees was bitten by a snake while using sheers to prune the edges of the property. 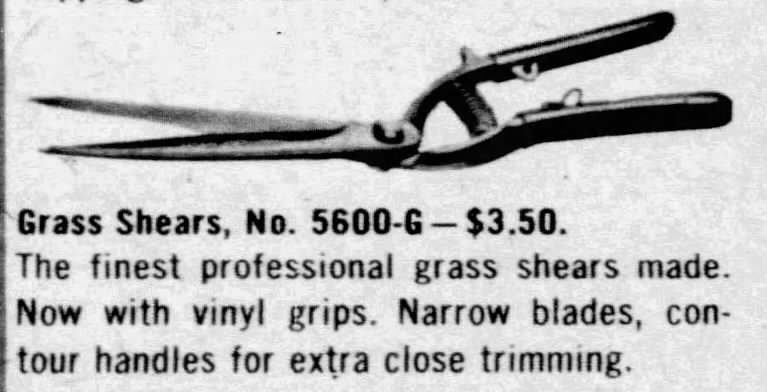 As a result, Ballas went home and grabbed a tin can used to hold popcorn, he attached some wires to the can, then attached the can to his edgers motor. He found that it cut weeds like a charm and the rest is history. By 1977 the Weed Eater was mass produced and distributed nationally.

Whether you are team guard or no guard, the original gas-powered Weed Eater was marketed as a grass trimmer and lawn edger, which had no guard.

But if the original was called a Weed Eater, why are there so many different names for it? Well, a lot has to do with branding. 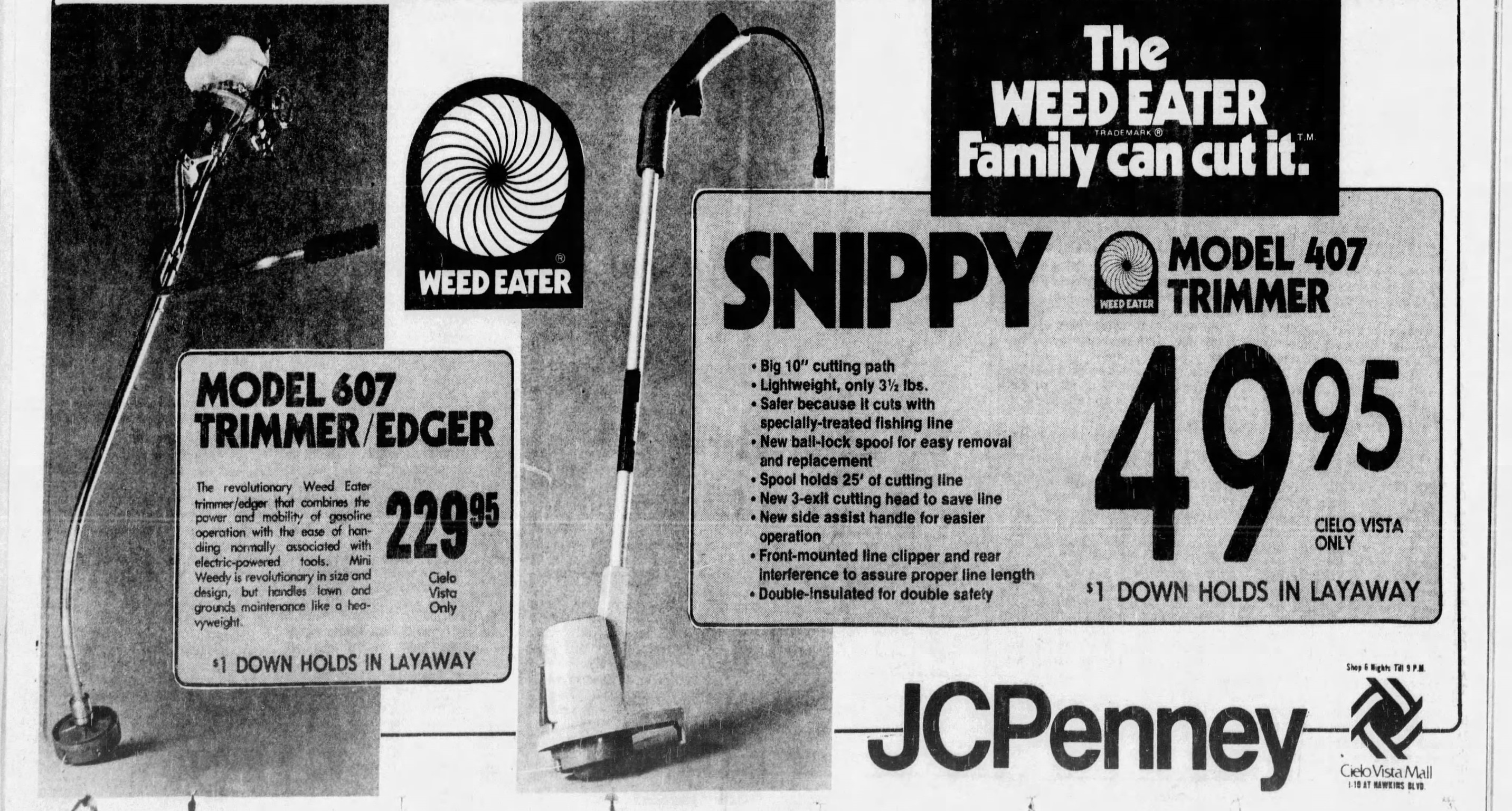 What do manufacturers say? (Weed eater, weed whacker, string trimmer, or something else)

Now, let's turn to the manufacturers of these machines and see what they market them as.

And the answer is simple. Whether you are looking at Stihl, Echo, Milwaukee, or even Ryobi, they are marketed as “string trimmers”.

But, really this comes down to trademark issues. You see while Weed Eater was the original machine, the name was trademarked. And as a result, no other manufacturers could use it, so they had to get creative. Other manufacturers tried to rebrand it in other ways.

For example, Stanley Black & Decker holds the Weedwacker trademark, which is used in Craftsman brand tools that were owned by Sears. It was one of the early competitors of the Weed Eater. 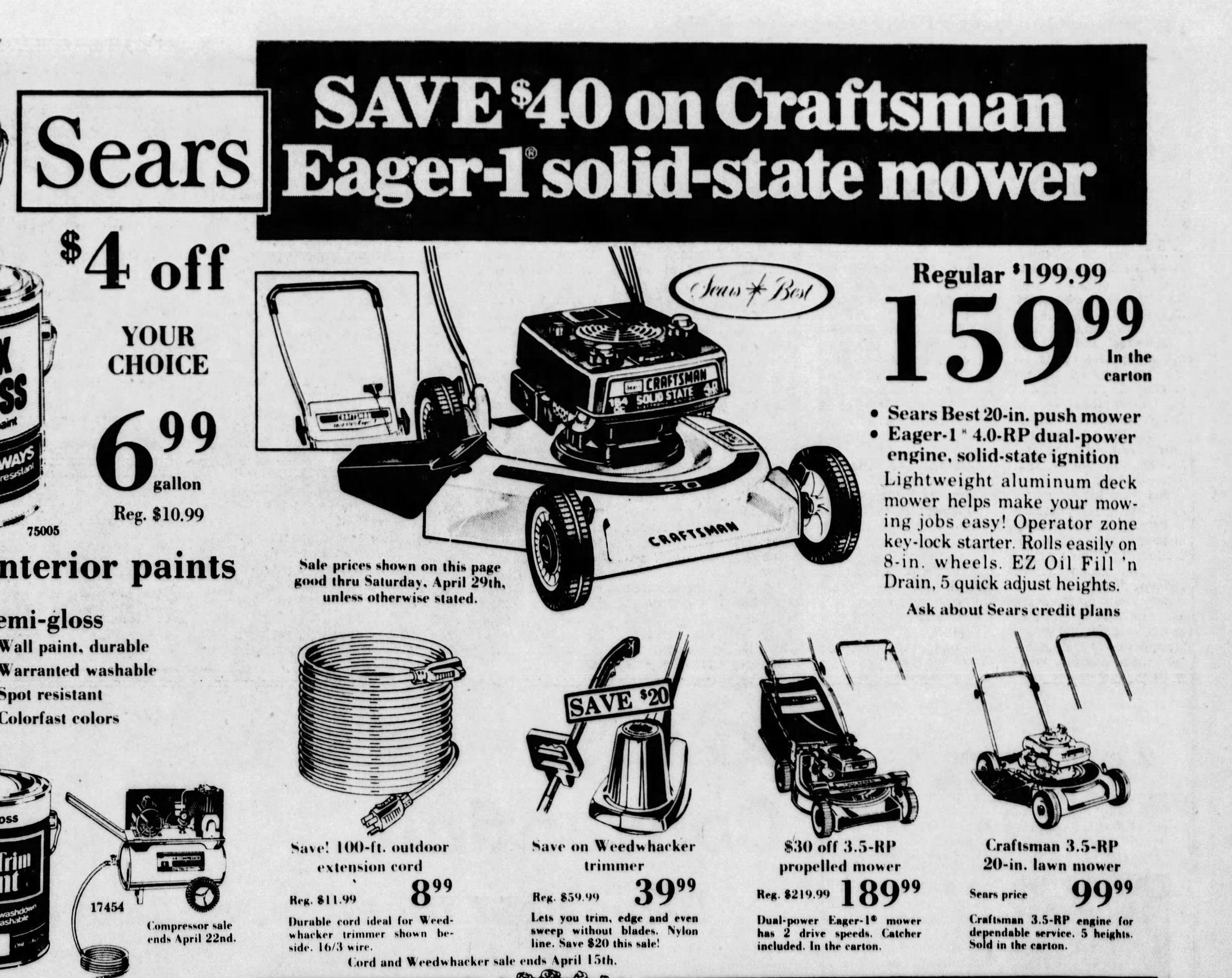 And Enviromental Essentials LLC holds the patent for Weed Wacker.

So now we are beginning to see some of the thinking behind why there are so many names for the tool. But what do lawn care pros call it? 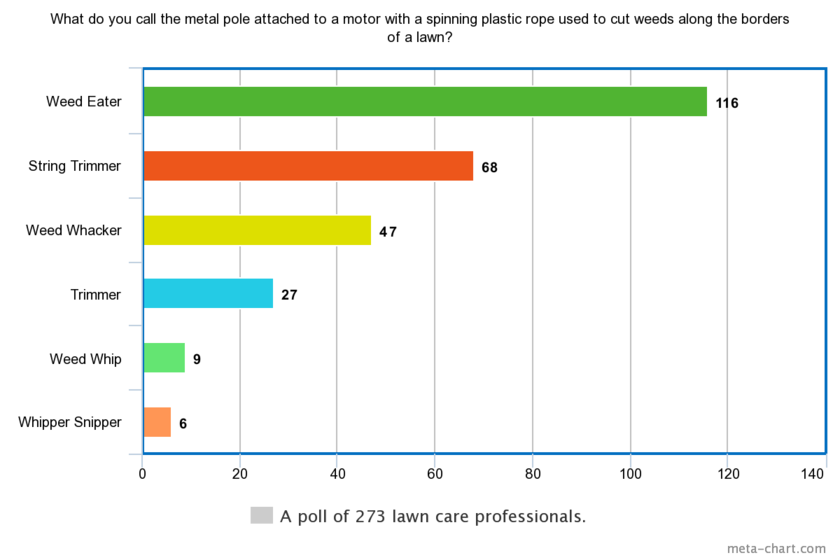 So, as usual, we have found that the best source for answers to questions like this is the lawn care pros themselves. What did they have to say?

Well, the answer was resoundingly clear.

What else do lawn care pros call the tool?

Perhaps unsurprisingly the second biggest answer was “string trimmer” with almost 25% reporting that this was their preferred term.

While 17% said “Weed wacker”, and nearly 10% simply called it a trimmer. Shockingly some of the respondents said that they use the term whipper snipper, and others called it a weed whip.

Looking for the best weed eater?

What do most people call it in the US and other countries? According to Google Trends

The names we found and researched included:

After looking into which search terms were most popular in the US, we looked into what other countries call the tool too. Below are our 7 key findings.

First of all, we found that the intel the lawn care pros gave us was pretty close to the information we received from Google Trends.

From the earliest data offered by Google Trends, we can see that "Weed Eater" has been the pre-dominant search as compared to "String Trimmer". In fact, that lead actually appears to be widening over time.

Key Finding #2: String Trimmer is More Popular than Weed Wacker (In Most states)

On the other hand, unlike the data we received from the lawn care pros above, it would appear that even the term "weed wacker" is more popular than string trimmer.

While string trimmer was the more popular search term in 2004, by 2010 weed wacker took a solid lead nationwide and didn't look back. But when we break things down on a state-by-state map, we can see that the competition between these 2 search terms is very regional.

For one reason or another, weed wacker has grown in popularity in New England and the South West, while string trimmer has remained the leading term in most of the Mid-West and South East.

Key Finding #3: Weed Eater is More Popular than Weed Wacker (In Most states)

Between these two search terms weed eater is still the most popular overall, but there are some unique exceptions when you break down searches on a state level. While this data may not be as reliable as it could be for reasons I will cover in a moment. Overall weed whacker is the only search word to beat out weed eater in the US on a state-by-state level.

DISCLAIMER- This one may be a strange exception where the term weed wacker isn't referring to an actual weed wacker. It may be that many of these searches may be searches for the Weed Wacker trimmer by Manscaped. Which is made for cutting something entirely different.

Key Finding #4: In Minnesota Weed Trimmer is a Popular Name

For one reason or another, the term "weed trimmer" is more popular in Minnesota than string trimmer. It is the only state that appears to be attached to this term.

Key Finding #5: Weed Eater is the Most Common Name in the US

It's simple in the US, the dominant name is Weed Eater. Which simply makes sense. after all the tool was invented in the US under the brand name Weed Eater. And most families became familiar with the tool through marketing and advertisements. By the time the competition came along with other names like string trimmer and weed whacker. Weed eater was already deeply engrained in American culture.

I suppose you could say calling the tool a weed eater is simply the American thing to do. 🇺🇸 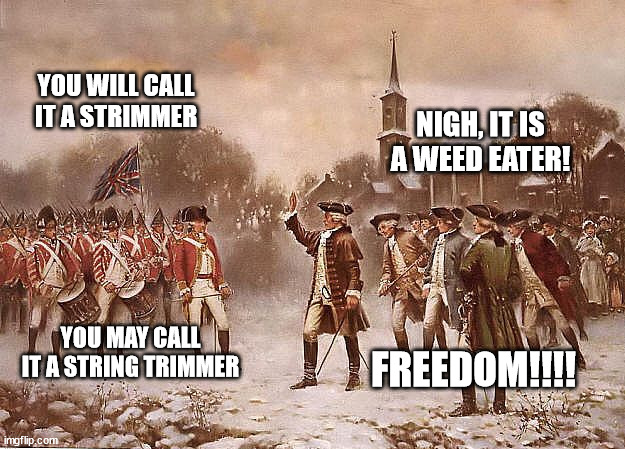 Key Finding #6: It's Called a Strimmer in the UK

In the UK, a different picture emerges. Instead of 5 competing names, one name for the tool has a clear lead. And that word is one we have yet to see in the US.

The dominant name in the UK is Strimmer. Or a combination of the words string trimmer.

Its closest competitor for popularity to strimmer in the UK is line trimmer.

Key Finding #7: It's Called a Whipper Snipper in Australia

During our research, I saw Whipper Snipper pop up a few times. And thought that it simply had to be an Australian name.

Not only is it an Australian word for the machine, but it's also actually the most popular word used for it in Australia. With line trimmer being a fairly close second.

What is it called at the end of the day?

At the end of the day, it seems that each English-speaking country has its own name for the tool we rely on every day. And the same was even true for differing states. For one reason or another, the US seems to have more names for the tool than any other and there is less cohesion than in other countries.

Regaurdless, since the original tool was called a Weed Eater and it is already the most popular term for the tool in the US, perhaps it's time we unite as Americans and agree to call it a weed eater, and shame those that call it a string trimmer.

Such as in this lawn care meme below. 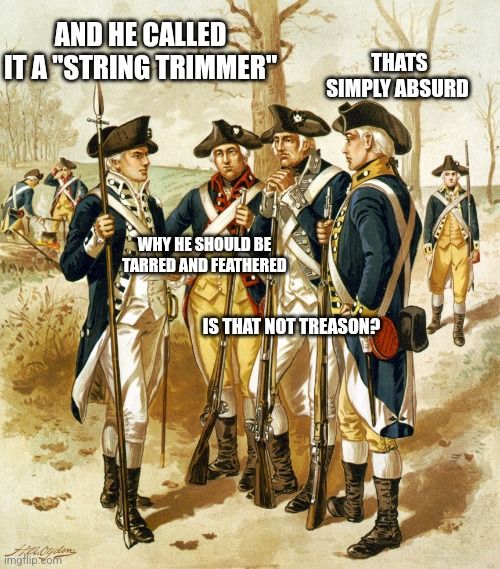 Regardless of what you call it, it is interesting to see one tool with such an array of names.

Do you call it something else? Let us know on Twitter if there is a word for the tool that we missed @YourGreenPal.

If you are looking for a similar article to read, check out the History of the Lawn.